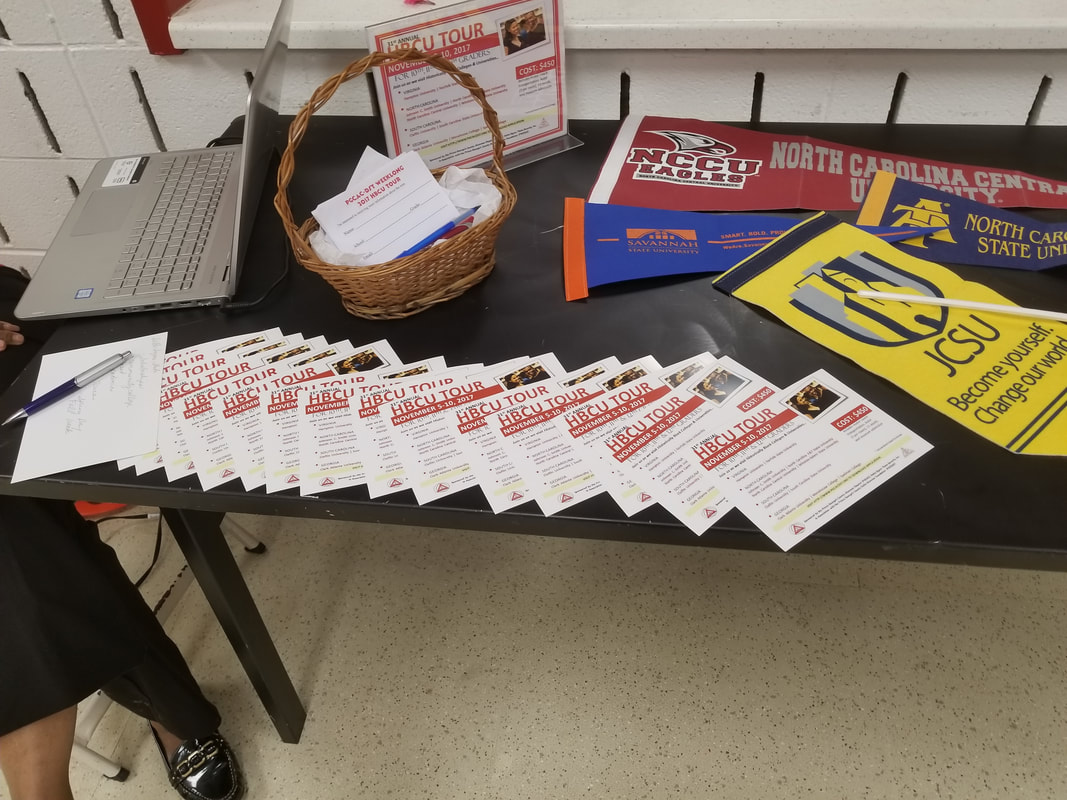 College literature on display at the 2017-18 Open House
​
​On this Saturday afternoon, the weather was great. Even though it was officially the second day of Fall, the temperature soared into the 80's and everyone was not yet ready to let go of summer in the DMV. Inside the South Bowie Community Center, some people worked out in the weight room and young men bounced basketballs in the gym. In an assembly room off to the side, a trio of Brothers from Gamma Pi bounced around ideas about how to select a major, how to assess which college is right for you, what courses to focus on the last two years of high school and where to look for scholarship money. Project ENRICH is back!

The program, directed by Brother Willie Hines, held an Open House on Saturday. More than 50 parents and students showed up for the event. They had questions for the upcoming academic year and were eager to get started. Many were new registrants in the 9th grade, which is where the program starts. Students are engaged from grades 9-12 to help them take the right steps to prepare for college. Students meet one Saturday a month at Bowie State University throughout the school year.

Participating along with Brother Hines at Saturday's program were Brothers Brett Blake and Lucien Cox, who all addressed the audience from a panel at the front of the room. Brother Pete Ford was manning the entrance. They along with several other chapter members run Project ENRICH like a small school. Saturday's program was more of a preliminary getting ready for the grind designed to both welcome new students, answer questions from interested students and to set the course for this year. The Opening Convocation is set for Saturday,October 7 at 10 a.m. at Bowie State's Thurgood Marshall Library.

​During Saturday's program, questions ranged from what the typical Project ENRICH Saturday is like to the dress code which requires the students to wear business attire to the incoming presenters to how to arrange college visits to registration. There were also queries about scholarship money, college entrance exams, AP courses, community college and opportunities provided by Historically Black Colleges and Universities at a time when those schools' relevance is being challenged. One parent gave a testimonial about her daughter's growth through Project ENRICH  And as a bonus during the Open House, parents and students received a briefing from Project ENRICH parent Cheryl Jones about the HBCU College Tour operated by her chapter of Delta Sigma Theta Sorority, Inc.

As is customary with Project ENRICH, Brother Hines looks for every opportunity to get students to get used to public speaking and having ready their 30-second "elevator speech." To that end, Brother Hines had students introduce themselves and talk about their future career goals during the program.