Scholar of the Month for December 2015 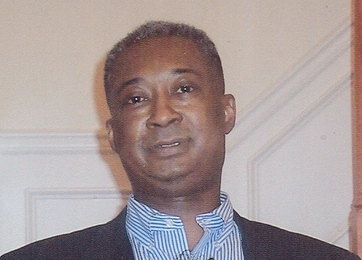 Meet Our Scholar of the Month

James Alexander, Jr. is a government communications professional who has worked more than 30 years in communications, first in the newspaper industry and later in public relations/public affairs for both the private sector and federal government.

Alexander is a 1981 Journalism graduate from the University of North Carolina-Chapel Hill and worked for several years as a bylined newspaper reporter for The Charlotte Observer, The Atlanta Journal-Constitution and The Washington Post as an intern post-college. He also wrote as a freelancer for Black Enterprise magazine in the 1980s. In his journalism career, he has interviewed numerous celebrities, including Jesse Jackson, Bill Cosby, former Watergate figure G. Gordon Liddy, singing group The Jacksons, Randy Jackson, Jermaine Jackson, Don King, Magic Johnson and the late Patricia Harris, who was the first African American woman to serve in a presidential cabinet and as a U.S. ambassador.
.
Alexander started his Washington career on Capitol Hill serving as a Committee Press Secretary for U.S. Rep. Charles Rangel (D-NY) in the 1980s and 1990s. He also served all eight years in the Clinton Administration from 1993-2000 as a Cabinet-level speechwriter for Donna Shalala and Henry Cisneros during which he was also called on to write a public speech for President Clinton as well as a speech for Vice- President Al Gore. Alexander also worked in communications outreach for the Clinton Administration, including on projects featuring such leaders as former U.S. Surgeon General Dr. David Satcher. Alexander also worked as a Vice President in the Washington Public Relations firm of Powell-Tate founded by legendary Jimmy Carter Press Secretary the late Jody Powell. He also served as a speechwriter on-site at the 2004 Democratic Convention in Boston. Today, Alexander works as a Media Relations specialist in the federal government health sector (NIH) and also as a part-time instructor for The Writer's Center (Bethesda) teaching speechwriting and opinion writing. As part of his expertise, Alexander has given talks and appeared on panels to discuss social media in government communications as well as how to effectively reach multicultural audiences.

Alexander remembers a story about his childhood that foretold his career in communications. As a child, he once went up and down his street "listening in" on adult conversations, including the ones involving his parents with neighbors, friends and family members who dropped by the house. At the end of listening in to all those "discussions" (mostly gossip),  he published a neighborhood newsletter handwritten on ruled notebook paper that his parent had to go around and collect because it was embarrassing. He charged for the paper. He was trying to emulate the local newspaper.

He and wife Cassandra, also a UNC-CH graduate, have been married for 29 years and are the proud parents of two sons, Brian (Salisbury ’12), of Indianapolis, Ind., (a radio personality) and Justin, currently a sophomore at Frostburg State University. He is a native of Concord, North Carolina near Charlotte and loves the Tar Heels. They are members of Mount Ephraim Baptist Church in Upper Marlboro, Md.

Omega Psi Phi Career
As a proud and active member of Omega Psi Phi, Alexander has been affiliated with Gamma Pi chapter in Prince George’s County, Md., for more than 15 years, where he serves as Chapter Editor/PR Director. He was voted Omega Man of the Year for the chapter in 2009 and as the Superior Service Award winner for the Fraternity’s Second District in 2014 and for the chapter in 2009 and 2015. Alexander was initiated into Omega Psi Phi Fraternity, Inc. on April 11, 1979 at UNC-Chapel Hill (Psi Delta chapter, founded in 1973) as a sophomore on a Line of eight. Oldest son Brian was initiated into the Fraternity in 2011 at Salisbury University (Gamma Kappa).