Scholar of the Month for November 2015 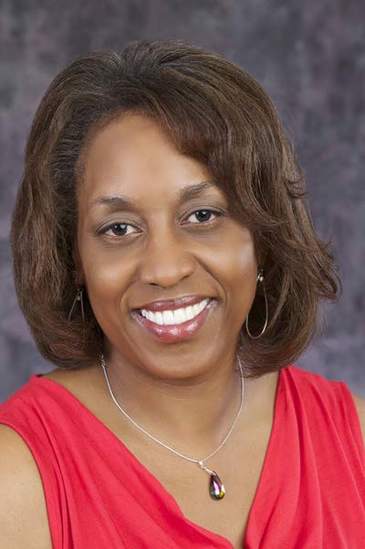 Meet Our Scholar of the Month

Valerie Maholmes, Ph.D., CAS is the newly appointed Chief of the Pediatric Trauma and Critical Illness Branch at the Eunice Kennedy Shriver National Institute of Child Health and Human Development of the National Institutes of Health.  In this capacity she supports research and research training on the continuum of care for injured, critically ill and vulnerable children.  Prior to this appointment she directed the Institute’s research program on Social and Affective Development/Child Maltreatment and Violence.  Through her work she called attention to the short and long term psychological and health consequences of experiencing adversity early in life.

Dr. Valerie Maholmes is a graduate of Howard University’s Graduate School of Arts and Sciences.  After completing her Ph.D. in Psychoeducational Studies with a concentration in research and statistics, she was a Post-doctoral Research Fellow at the Yale Child Study Center in the School of Medicine.  Upon completion of her post-doctoral training, she joined the faculty at the Yale Child Study Center.  After serving in numerous capacities including Director of Research for the Comer School Development Program,  she was awarded  the Irving B. Harris Assistant Professor of Child Psychiatry—an endowed professorial chair in research and social policy.  She was the first African American woman to have this distinction.  She earned a sixth-year degree in School Psychology with a concentration in neuropsychological and psychosocial assessments from Fairfield University.  Dr. Maholmes also served as a minority visiting faculty at the Indiana University in Bloomington, Indiana.

In 2003, she was awarded the prestigious Science Policy Fellowship sponsored by the Society for Research in Child Development (SRCD) and the American Association for the Advancement of Sciences (AAAS).  She has published articles and book chapters, lectured and funded research and programs on factors that influence the learning and development of low-income, minority children.  Notably, Dr. Maholmes co-authored a text on applied child development research published by Taylor and Francis, Psychology Press in 2010 and a comprehensive volume about the intergenerational effects of poverty titled Child Development and Poverty published by Oxford University Press in 2012.  A recent text titled Fostering Resilience and Well-being in Children and Families in Poverty:  Why Hope Still Matters was published in February 2014 also by Oxford Press.  With her most recent book titled Post Dramatic Relationship Syndrome: How to Find Your Drama-Free Zone , Maholmes' joins the global network of independent electronic book authors and uses her platform to call attention to the ways in which relationship dynamics have an impact on women's emotional wellbeing and overall health.

Her expertise has been sought after by the media.  She has been interviewed by such media outlets as Reader’s Digest, the New York Times, The Washington Post, The Hartford Courant, The American Psychological Association’s Monitor and has been on such radio shows as the NPR’s The Tavis Smiley Show, WHUR’s The Daily Drum and WYCB’s Think on These Things. She was a featured author at the Congressional Black Caucus Foundation’s Annual Legislative Conference and also at the Virginia Festival of the Book sponsored by the Virginia Foundation of the Humanities.

A recognized member of the community, Dr. Maholmes served two terms on the New Haven Board of Education for the New Haven Public Schools, where she was elected Vice President/Secretary.  She also served as President of the Board of Directors for the Arnold Gesell Institute of Human Development and as a member of the Board of Trustees for the National Education Association’s Membership Insurance Trust.  Dr. Maholmes is past-president of the Howard University Alumni Club of Greater Washington, DC and former Regional Representative for the Howard University Alumni Association.  She is immediate past Chair of the Friends of the Historic Andrew Rankin Memorial Chapel, also at Howard University.    Moreover, Dr. Maholmes has served as chair of the Carter G. Woodson’s Association for the Study of African-American Life and History’s Annual Black History Luncheon; founding member of the National HBCU Alumni Associations, LLC;  and member of the Metropolitan District of Columbia Chapter of the Links, Inc.  She has volunteered with Hope and a Home – a transitional housing program in Northwest, Washington, DC.  In September 2010 she was named one of Who’s Who in Black Washington, DC and has recently been named among Strathmore’s Who’s Who.   In 2014, she received outstanding alumni awards from Montclair State University in Montclair, NJ and from the Howard University School of Education.